Shop for artwork from George Grie based on themed collections. Each image may be purchased as a canvas print, framed print, metal print, and more! Every purchase comes with a 30-day money-back guarantee.

Each image may be purchased as a canvas print, framed print, metal print, and more! Every purchase comes with a 30-day money-back guarantee. 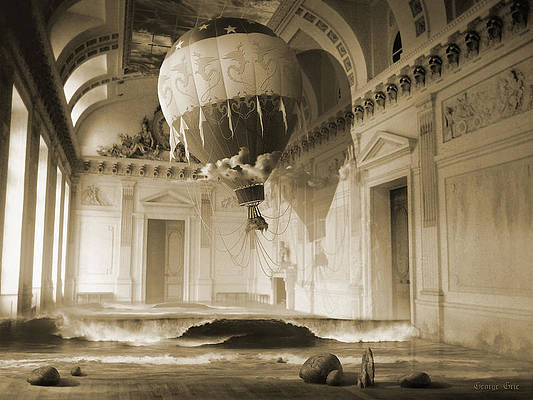 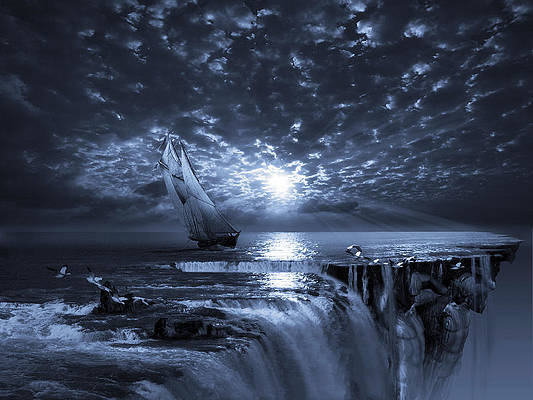 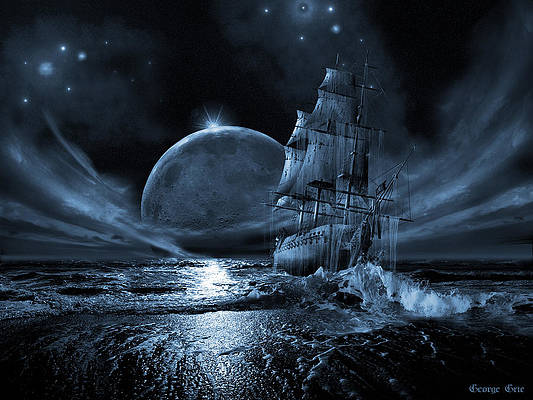 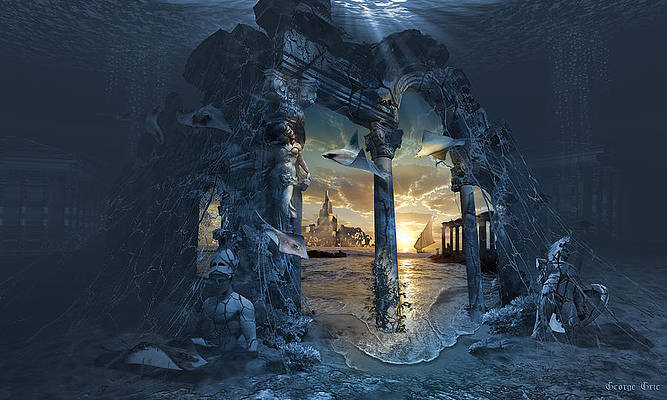 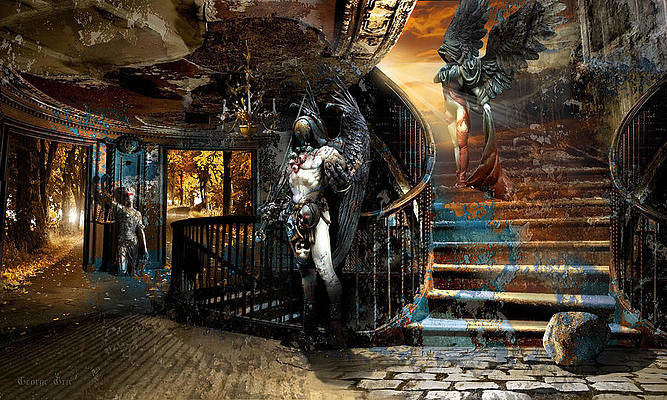 Stairway to Heaven vs. Stairwell to Hell by George Grie 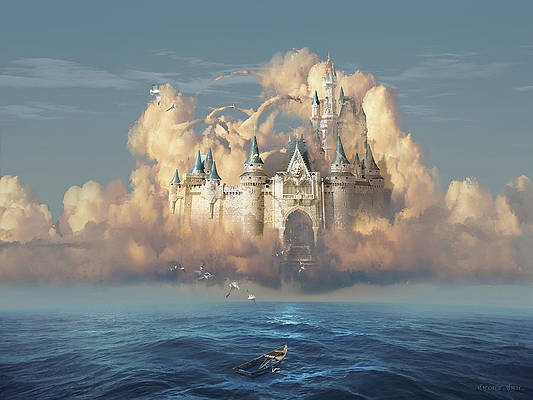 Castle in the Sky by George Grie 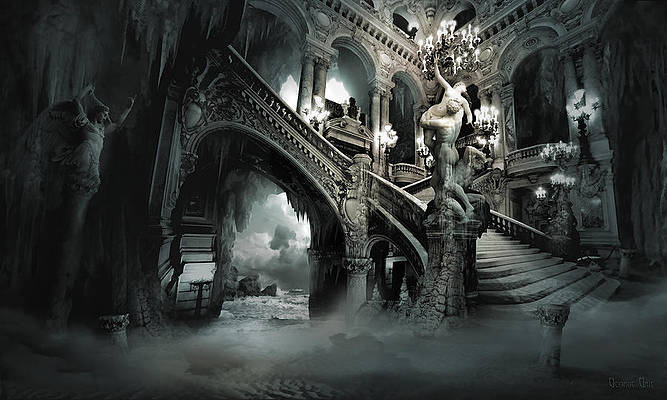 The Mind Cave by George Grie 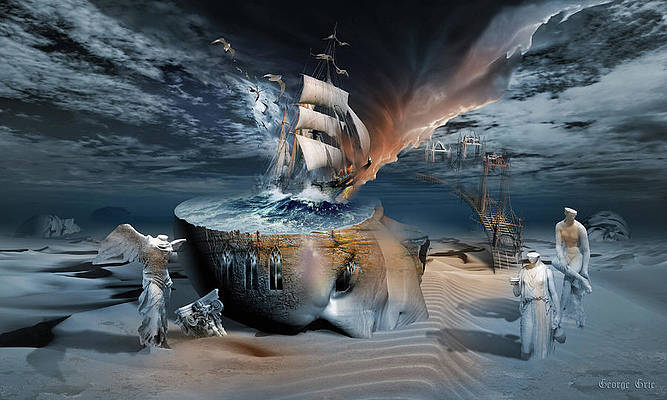 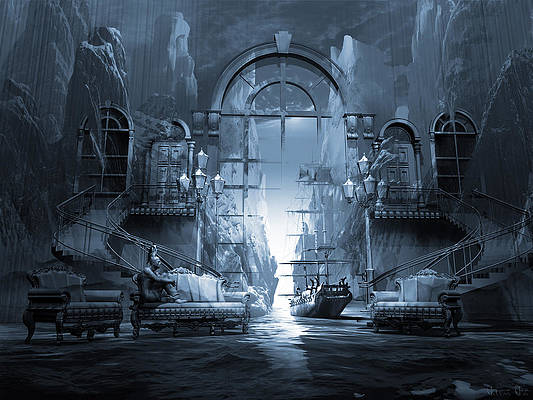 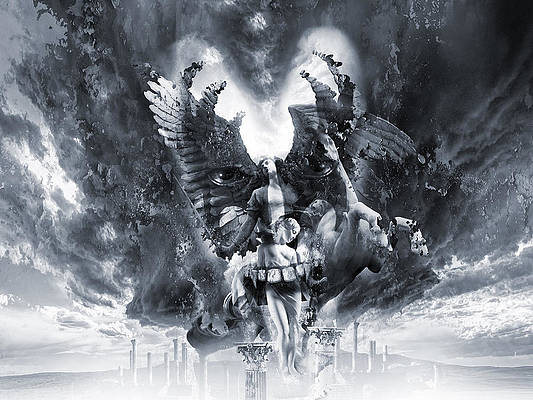 Kiss of Eros or Angels and Demons by George Grie 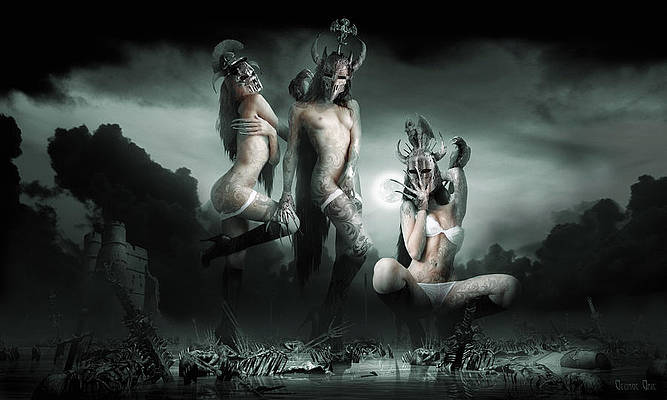 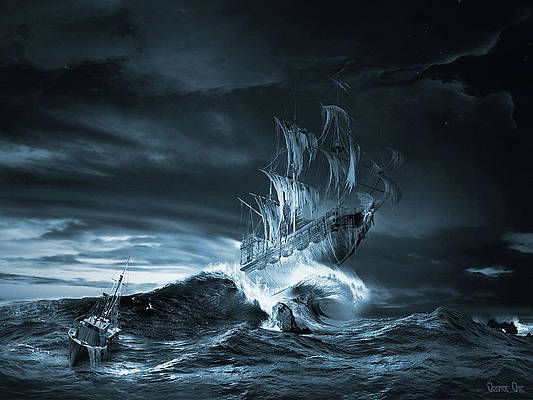 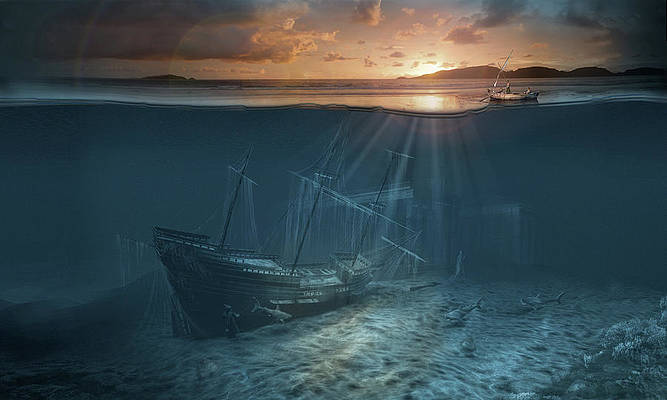 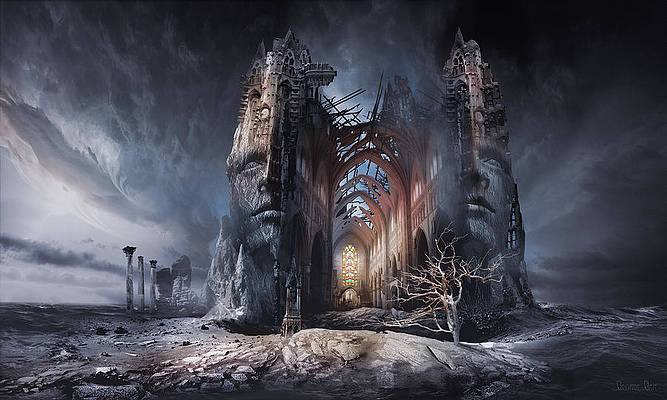 In Search of Meaning by George Grie 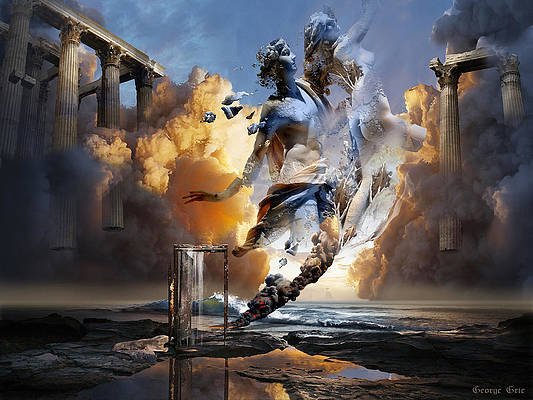 Gone with the Wind by George Grie 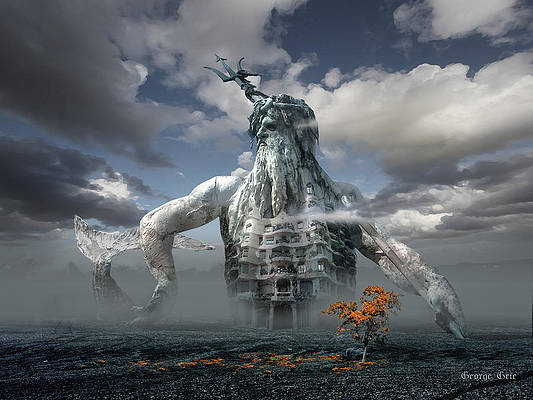 Inadvertent Metamorphosis or King of my Castle by George Grie 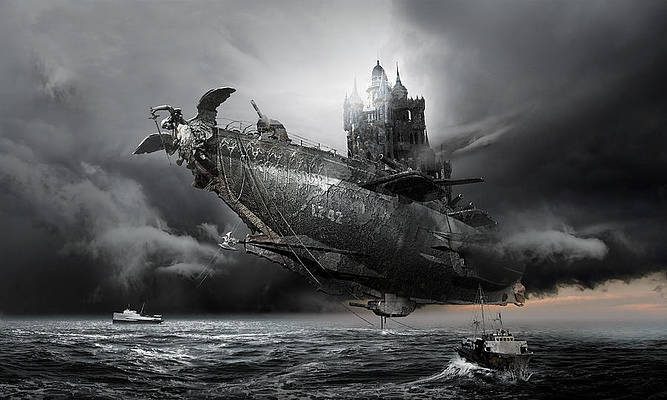 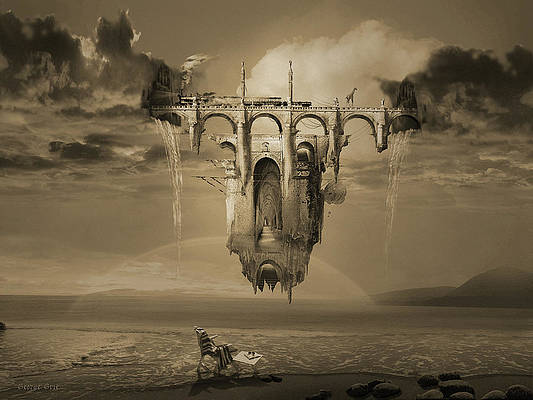 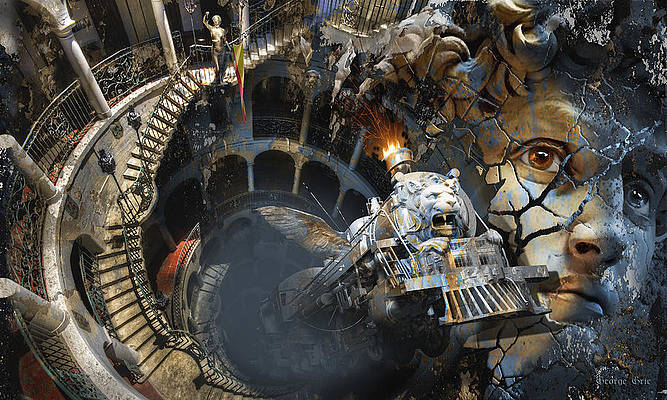 Derailment or Train of Thought by George Grie 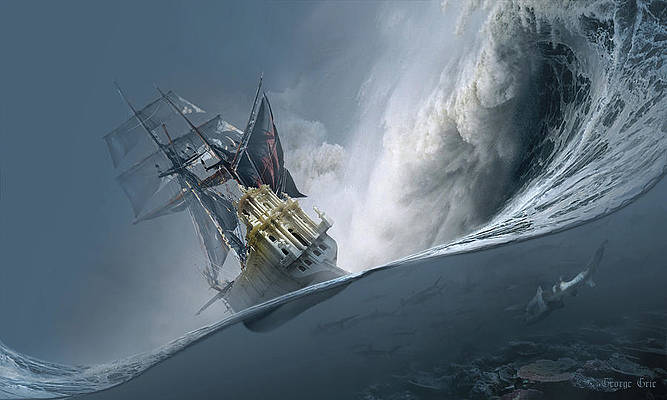 The Last Wave by George Grie 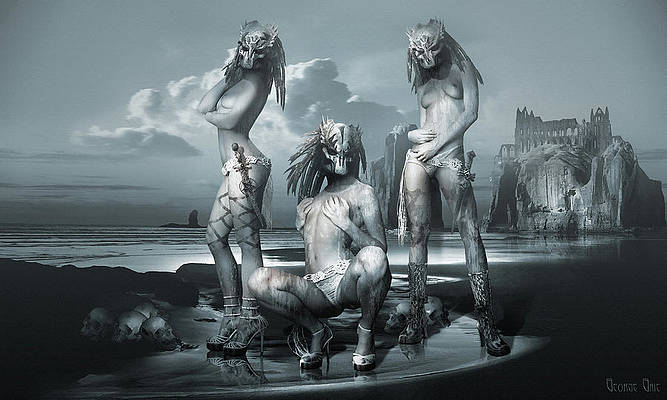 The three graces Gods and heroes series by George Grie 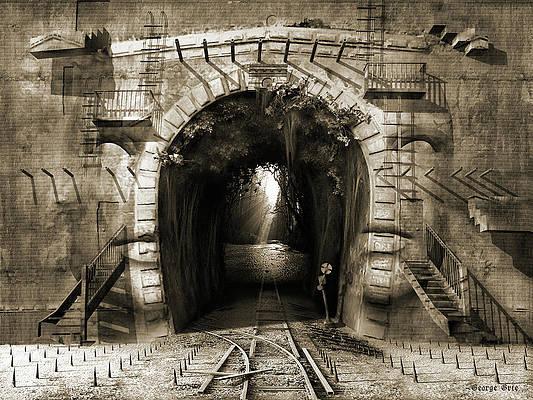 The way out or Suicidal ideation by George Grie 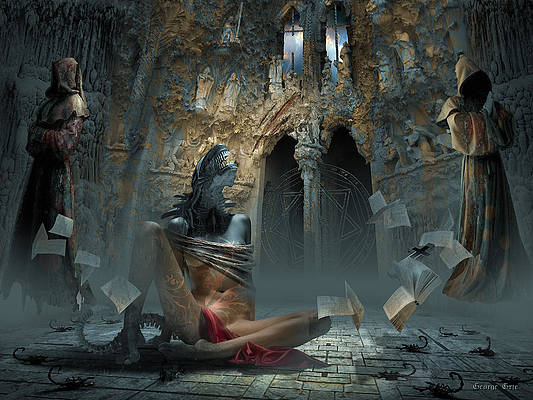 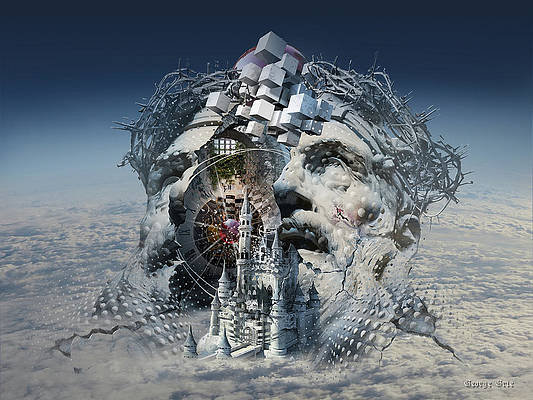 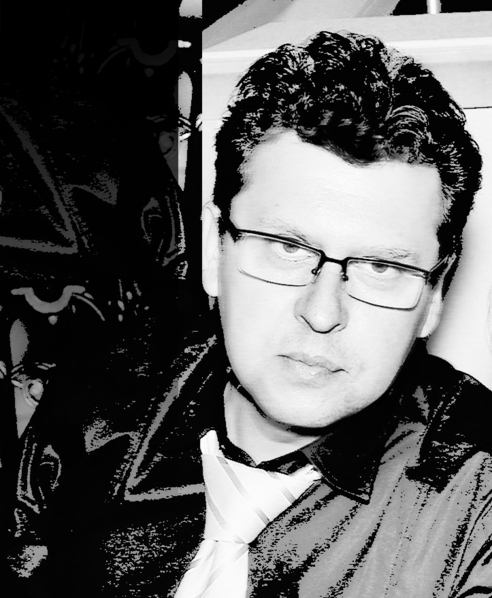 I am confident that new graphic technologies unlocked endless possibilities to creative individuals. Visual capabilities of some contemporary 3d applications are far beyond common human comprehension. Today the sky is the limit to exercise your imagination, intelligence, and ambitions. “Everything is possible” could be a motto of present and future digital artists. I’m trying to prove it in every one of my modest creations. Never-ending combinations of renderings, lightings, and/or shape deformations bring you the sensation of full liberty. There are no more hours of a laborious painting routine. There is no more painful drafting. Everything is instant under the tips of your flying fingers. There is only one chilling obstacle between you and your perfect design – lack of imagination. Recommended for visiting websites: Modern art surrealism prints: George Grie neosurrealism gallery.
Neo-Surrealism or Neosurrealism is the term that has been given to the reappearance of the famous surrealism movement in the late 1970s. Initially, the movement focused on relating surrealism with pop art, but lately, modern artists have been exploring other directions within the present movement. For a long time, Neosurrealism was called modern surrealism due to a noticeable visual similarity of these two movements. However, the main difference between the two styles is that Neosurrealism does not have the original idea of rational control freedom or psychic automatism declared by Andr Breton, in his Manifeste du surralisme.
Neosurrealism is combined imagery of dreams and fantasies or subconscious mind visions in fine art painting, digital art graphics, and photography. Modern computer technologies brought tons of additional depicting power to contemporary artists. Neosurrealism does not have a particular founder or group. The movement is still not clearly defined, but it develops rapidly adding more professional and amateur art enthusiasts every day. There are thousands of contemporary artists, digital and traditional fine art media, who create neo-surrealistic, surreal fantasy, and fantasy realism artworks comparable to Neosurrealism.