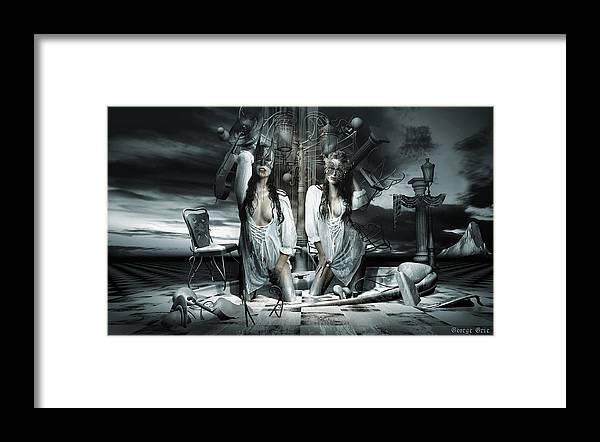 Beauty and the beast Dissociative identity disorder framed print by George Grie.   Bring your print to life with hundreds of different frame and mat combinations. Our framed prints are assembled, packaged, and shipped by our expert framing staff and delivered "ready to hang" with pre-attached hanging wire, mounting hooks, and nails.

The 19th and the 20th centuries were marked with an ongoing public interest in everything unknown and unexplored; mediums, spiritualists,... more

The 19th and the 20th centuries were marked with an ongoing public interest in everything unknown and unexplored; mediums, spiritualists, parapsychologists, and hypnotists started to emerge on a professional scene which had earlier belonged to medical specialists only. During their sessions, a lot of patients were labelled with a multiple personality disorder or a split personality, as they obviously demonstrated a strong presence of a second personality or a co-existing mind. The reason behind this long-term mental disorder (DID, dissociative identity disorder, as in psychiatry), apart from a possible connection with an emotionally disturbing experiences from the past, is still to be ascertained.