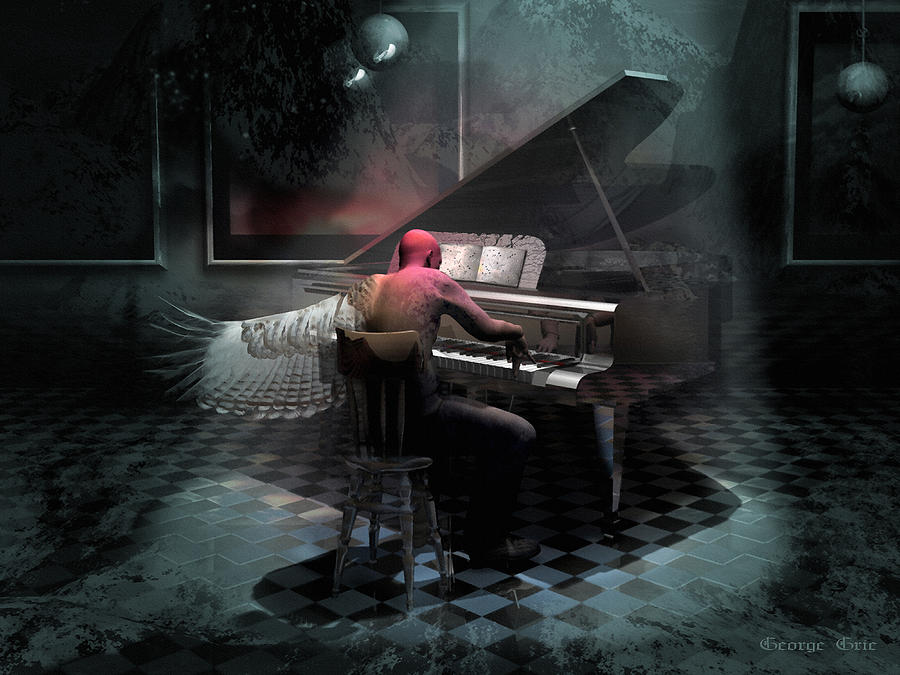 I believe that "an inspiration talk" is probably one of the most futile. Nobody knows what it takes for a sparkle to light up the skies or for a river of musical ideas and shapes to start gushing down like Niagara Falls. Some of us are born with inspiration; some are trying our best to mimic the gift through hard work and perseverance; others fall into the category of avid admirers and connoisseurs. As one whimsical and controversial quote goes, "talking about music is like dancing about architecture." Yet insightful sayings about music and musical genius abide. The one I find most illustrating for this image is Aldous Huxley: "After silence, that which comes nearest to expressing the inexpressible is Music."

"Music gives a soul to the universe, wings to the mind, flight to the imagination, and life to everything." - Plato

"Music is well said to be the speech of angels; in fact, nothing among the utterances allowed to man is felt to be so divine. It brings us near to the infinite." - Thomas Carlyle

"Music washes away from the soul the dust of everyday life." - Berthold Auerbach

"Music is a higher revelation than all wisdom and philosophy. Music is the electrical soil in which the spirit lives, thinks, and invents." - Ludwig van Beethoven

"Do you know that our soul is composed of harmony?" - Leonardo Da Vinci

"We are working in a field of mystical resonance, sound and vibration... that's what makes people cry, laugh and feel their hair stand up ..." - Carlos Santana

In the eyes of the public, surrealism has been associated for years primarily with painting. The visual appeal of a painting is quite understandably more universally comprehensible than a text. But music can beat them both by creating a passionate and diverse passage in a split second, a short story of love and despair that will make sense to anyone.