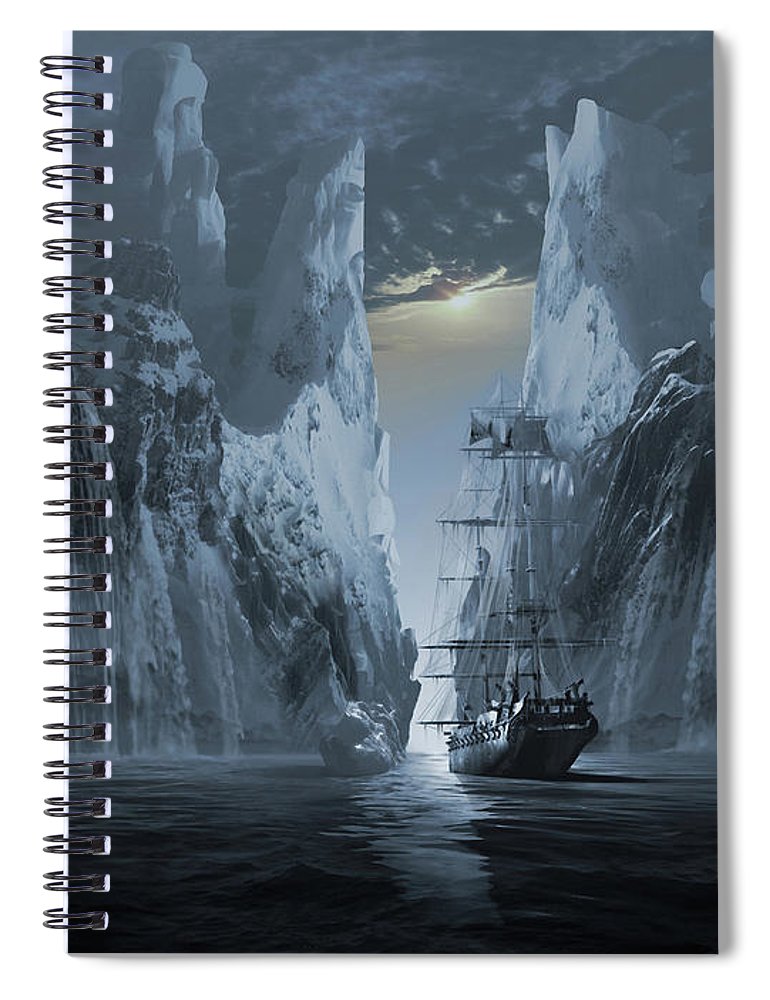 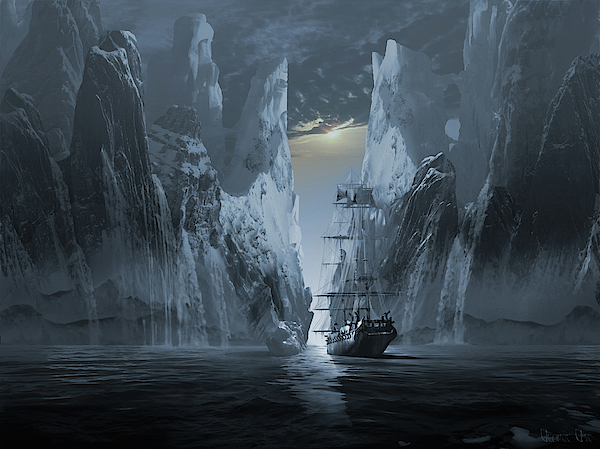 Our spiral notebooks are 6" x 8" in size and include 120 pages which are lined on both sides. The artwork is printed on the front cover which is made of thick paper stock, and the back cover is medium gray in color. The inside of the back cover includes a pocket for storing extra paper and pens.

This image was originally created as a background scene for the Mindscape artwork. However, I have decided to separate it from this project and give... more

Congratulations on the sale

This image was originally created as a background scene for the Mindscape artwork. However, I have decided to separate it from this project and give it another life as part of my ghost ship series. I had to adjust its colour scheme and add some appropriate elements. This picture was inspired by Captain Sir John Franklin's lost expedition to the Northwest Passage that departed from England in 1845. This expedition, consisting of two fully equipped ships and 129 men, tragically vanished in the Arctic ice. John Franklin was an experienced explorer and a renowned Royal Navy officer, and this voyage was meant to be his fourth and the grandest. Over the next 150 years the mystery surrounding John Franklin’s death and his failed expedition will be haunting historians and explorers alike.