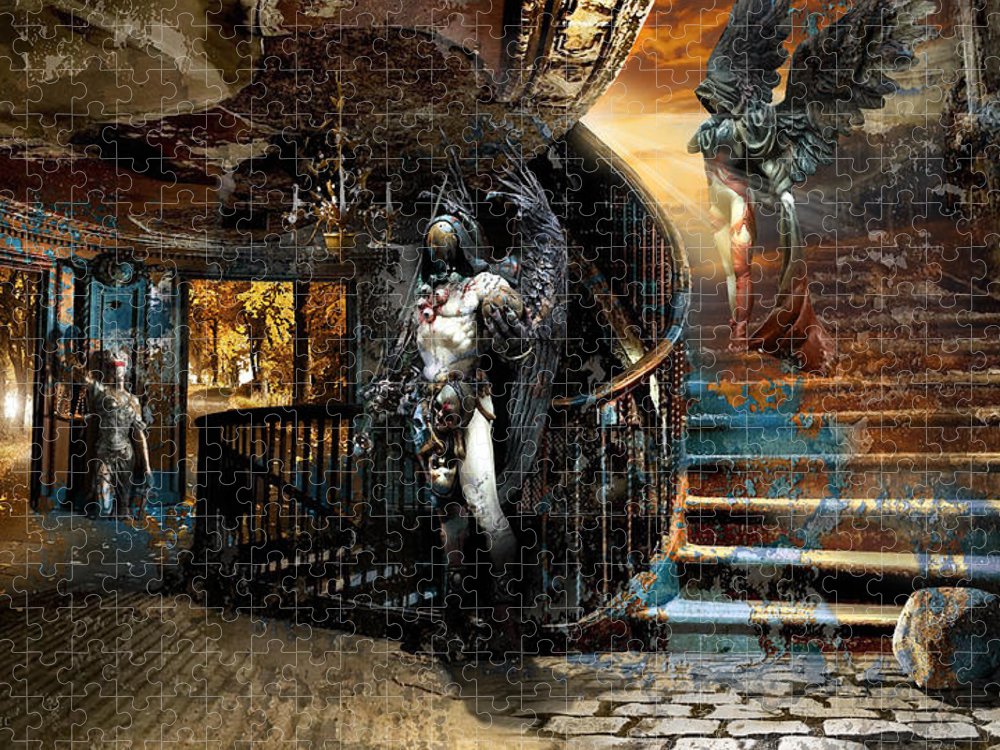 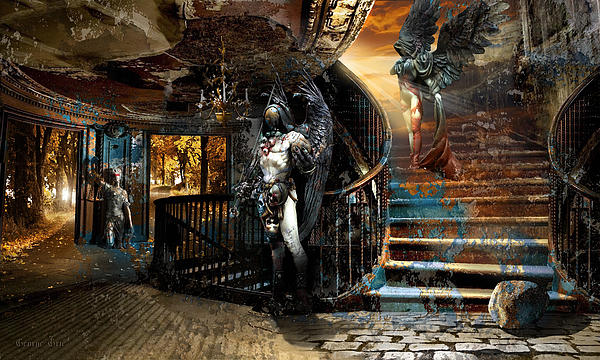 Stairway to Heaven vs. Stairwell to Hell Jigsaw Puzzle

Challenge your brain with a jigsaw puzzle designed by an independent artist!   Our puzzles are made from premium 0.2" thick paper stock and include a semi-gloss coating on the top surface to make the image pop.   Puzzles are available in two different sizes, and each puzzle includes a puzzle box with the artwork printed on the top for safe storage when you're not puzzling.   The puzzle pieces are unique shapes.

Judaism does not explain plainly what happens to one after death. The after death future is mysterious and has no guidance about what is to come. The... more

Store the puzzle in the provided box at room temperature with low humidity.

Congratulations on the sale! Wonderful work👍

Art provides an opportunity for kaleidoscopic thinking. Each time we shift the lens of our perceptions, we gain new perspectives — and new opportunities for innovation.💖❣️💖 CONGRATULATIONS ON YOUR RECENT SALE OF A WONDERFUL WORK!

Superb work! Your gallery is mesmerizing...

Another extraordinary Georg Grie painting. Indeed, looking at our human history - and at todays news, J.P. Sartre has a very good point in saying 'Hell is other people'. And one might add that no religion, Saviour, or philosophy has so far made any dent in changing our violent human ways.

Your work, George is so well done. The dimension and 3D quality is what fascinates me!

YOU are a magical person. Unbelievably Awesome!

Judaism does not explain plainly what happens to one after death. The after death future is mysterious and has no guidance about what is to come. The only certainty is that each man must die - beyond that we can only guess. There are several heavens In Buddhism, all of which are part of so called illusionary reality. Even staying in Buddhist heaven is temporary. Because of that heaven is not a final destination but rather a limbo before reaching total enlightenment or mental state of Nirvana. Surprisingly enough, early Judaism had no concept of Hell as well, but it had a sort of supernatural place, a grave originally and in later times a Limbo where one becomes finally aware of one's life shortcomings and wrongdoings. The idea of Hell is a highly influential subject to everybody. It does not matter if you believe in it or not, it is always somewhere around; in movies, books, language. Jean-Paul Sartre in his play No Exit explores the idea that "Hell is other people".