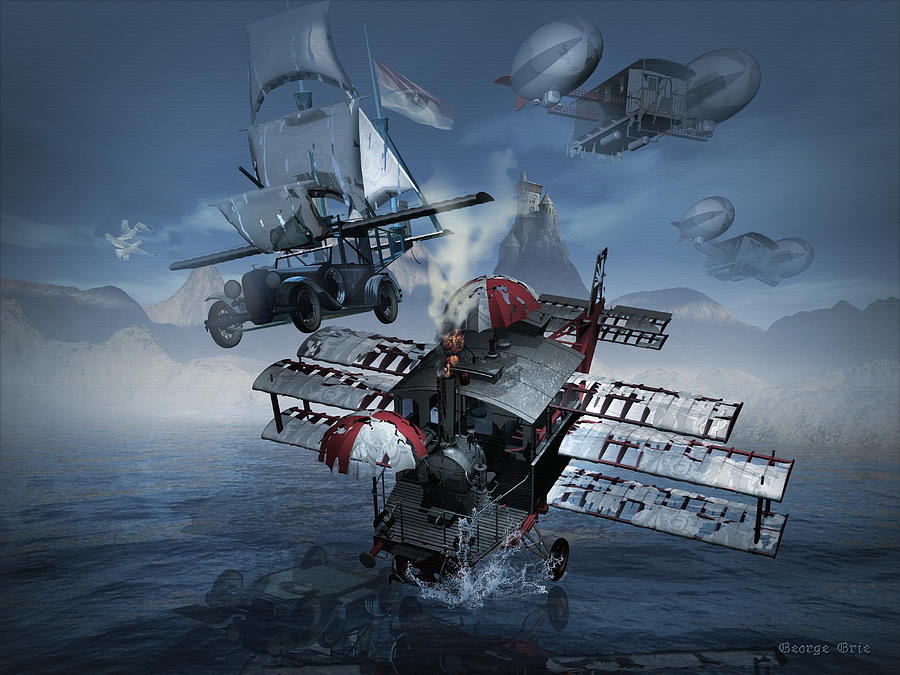 If you think of all possible meanings pertinent to the noun “rover” and look at this image, it will become quite clear that the closest one has something in common with a wandering bird of passage, roaming, and free spirit. Sky-rover is quite an unusual word combination, not to mention its “alternative” component. The fact that several alternative sky-rovers are clustered together in airspace neighboring a cliff castle might suggest that, perhaps, we’re dealing with several pirate vessels – quite intelligible reasoning. The Colour depth of the image, on the other hand, advocates for a friendly fantasy encounter instead. Jonathan Livingston’s fame can hardly leave anyone indifferent. Who knows, maybe these sky-rovers are just taking soaring lessons from the sea-gulls, or competing, or engaging in a battle of technological nonsense?

The word rover has three vocabulary meanings; someone who leads an unsettled wandering life, such as wanderer or roamer. The other one is a crewed or uncrewed vehicle, which is used primarily in exploring the terrain of a distant planet and satellites. The third one is a pirate or pirate vessel. You do the math.