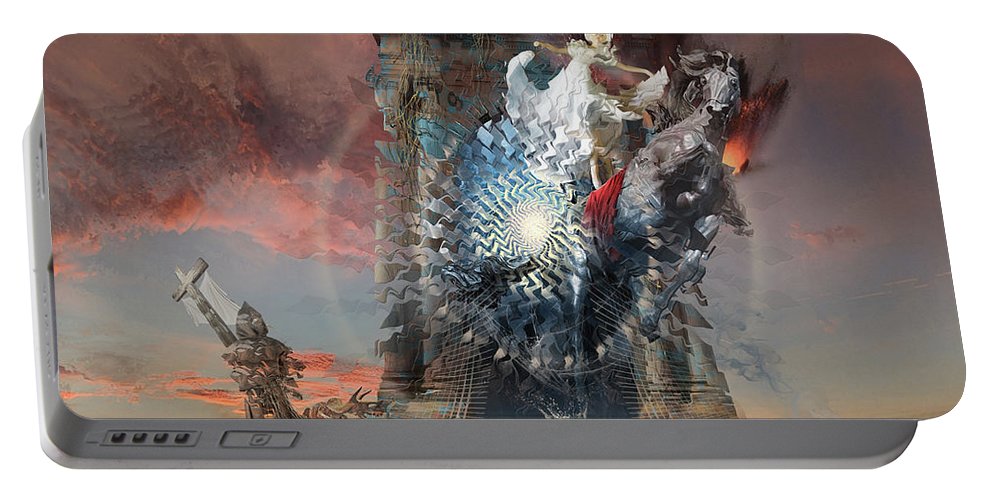 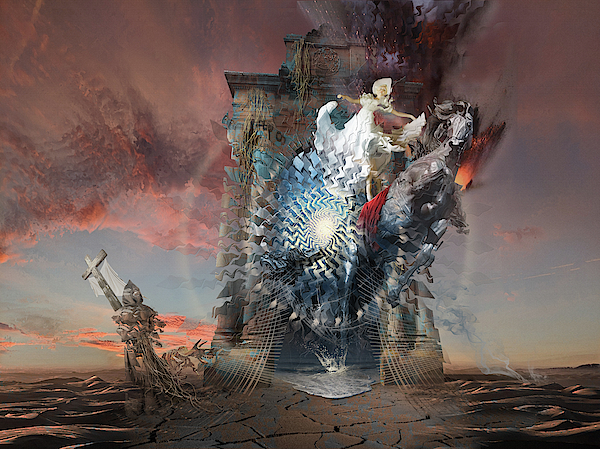 This product is currently out of stock.

You'll never run out of power again!   If the battery on your smartphone or tablet is running low... no problem.   Just plug your device into the USB port on the top of this portable battery charger, and then continue to use your device while it gets recharged.

With a recharge capacity of 5200 mAh, this charger will give you 1.5 full recharges of your smartphone or recharge your tablet to 50% capacity.

When the battery charger runs out of power, just plug it into the wall using the supplied cable (included), and it will recharge itself for your next use.

Seven's horseman of apocalypses artwork in no way is an illustration to the Great Tribulation and Rapture doctrine of Christian eschatology. It is... more

Seven's horseman of apocalypses artwork in no way is an illustration to the Great Tribulation and Rapture doctrine of Christian eschatology. It is rather an attempt to visualize an possible emotional impact of a similar event in someone’s life regardless any religious connotation. Christianity visual and theological attributes and parallels that you see are only expressive delivery vehicles of the concept which are familiar to many. There are numerous artworks depicting notoriously famous Four Horsemen of Apocalypse. Which are symbolizing pestilence, war, famine, and death. They are a part of the doctrine which described in details by John of Patmos in his Book of Revelation, the last book of the New Testament. Followers and scholars are still arguing if all these events have already happened or they are coming in the conceivable future. Earth’s history has been seeing many wars, degradation, and other disasters, but none of them was as devastating as the one that will come in the...