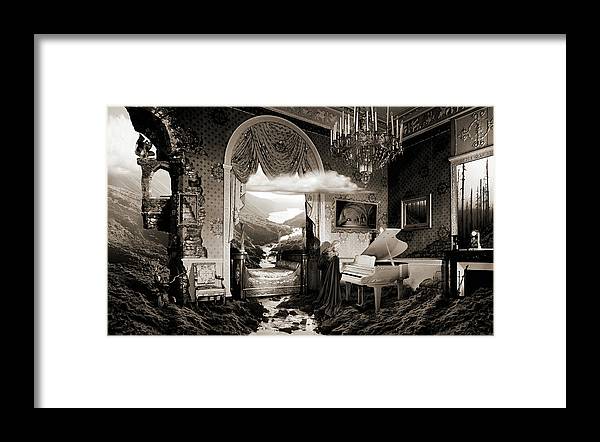 Haunting Goth or Conception of Gothic music lyrics framed print by George Grie.   Bring your print to life with hundreds of different frame and mat combinations. Our framed prints are assembled, packaged, and shipped by our expert framing staff and delivered "ready to hang" with pre-attached hanging wire, mounting hooks, and nails.

Human wellbeing is not a lovely song that accompanies one’s presence. Sooner or later you may learn that, to your sorrow. Contemporary gothic or... more

Human wellbeing is not a lovely song that accompanies one’s presence. Sooner or later you may learn that, to your sorrow. Contemporary gothic or Goth culture has evolved around the Greek concept of death, in other words Thanatos. Modern Gothic rock music, also called Goth rock or just Goth, is technically a subdivision of alternative rock. However, the term “alternative” has long forfeited its initial meaning as avant-garde and become somewhat of a joke to the underground community. Gothic music artists deal with dark themes and intellectual movements such as gothic terror, Romanticism, surrealism, and nihilism. Gothic music originated in the late 70’s as a spookier and darker type of British punk rock with an unambiguous tendency towards melancholy, desolation, mysticism and the macabre. The definition of the genre as Gothic or Goth was given by the critics in the mid 80’s; gothic musicians prefer dealing with darker coloured themes of Romanticism, surrealism, nihilism, and...