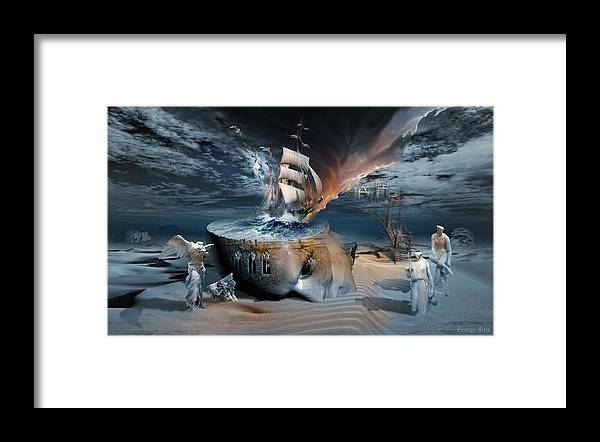 Stormbringer framed print by George Grie.   Bring your print to life with hundreds of different frame and mat combinations. Our framed prints are assembled, packaged, and shipped by our expert framing staff and delivered "ready to hang" with pre-attached hanging wire, mounting hooks, and nails.

What I had in mind as a storm-bringer while naming the picture, is more like a petrel seabird. It has a different name in Russian - Burevestnik,... more

Congrats on your recent sale! L/F

Nice! Congratulations on your sale!

Incredible vision, so much detail in a powerful scene (I say the same for all your works) :)

What I had in mind as a storm-bringer while naming the picture, is more like a petrel seabird. It has a different name in Russian - Burevestnik, literally a storm messenger. The ‘Uncyclopedia’ defines Existential Awakening as a realisation that after you die, all your possessions will be seized and that in 100 years, it won't matter any way. That is as funny as it is true. The existential notion of the Absurd contains the idea that there is no meaning in the world beyond the meaning that we give to it. Thus, human beings, through their own consciousness, create their own world values and determine a meaning to their own life.